Skanska USA Commercial Development is nearly finished with its 686,000-square-foot 2+U office tower in downtown Seattle.

2+U has two connected towers of 19 and 38 stories that are set on a series of Y-shaped posts that rise above an urban village. There is up to 85 feet of space below the shorter tower on First Avenue, tapering in height to Second Avenue to fit the sloped site between University and Seneca streets.

The pedestrian-focused village will have 24,000 square feet of covered, open and outdoor space, including 16,000 square feet of restaurant/retail space. Pedestrians will be able to pass through the block from any direction and there will be a landscaped plaza in the center. There's also access from a refurbished alley off University.

About 1,100 square feet of multi-use arts space will be on the third level of the village. In this space, emerging artists and performers can create, practice and perform for free, in perpetuity.

Other public spaces will be provided for art installations and events. A place called the Lookout will provide views of Puget Sound. 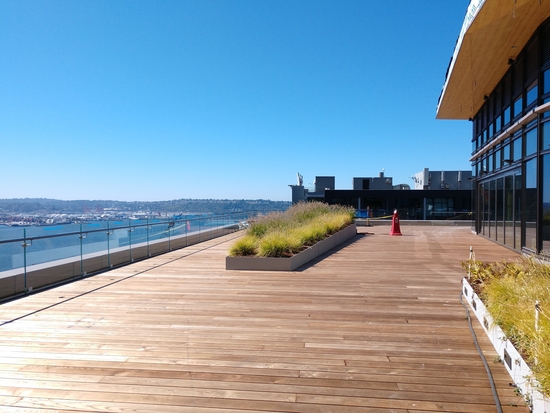 Photos by Benjamin Minnick
The top of the 19-floor tower has a rooftop deck, as does the taller tower. 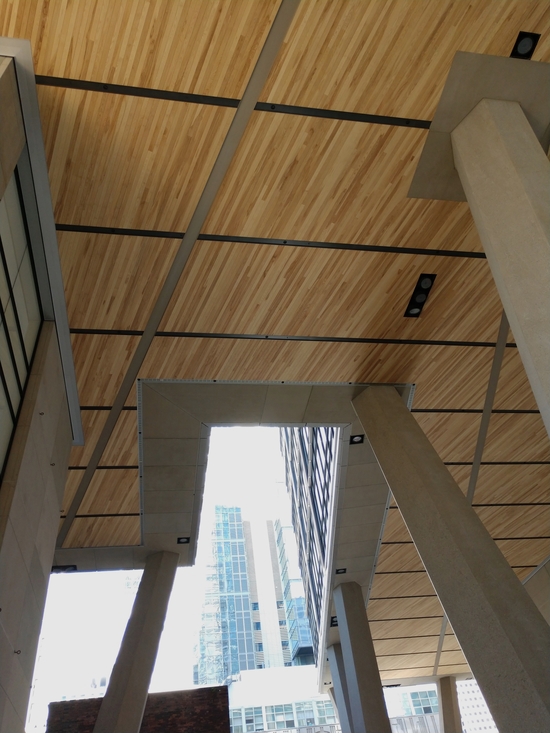 Wood inserts line the ceiling of the lifted Urban Village. 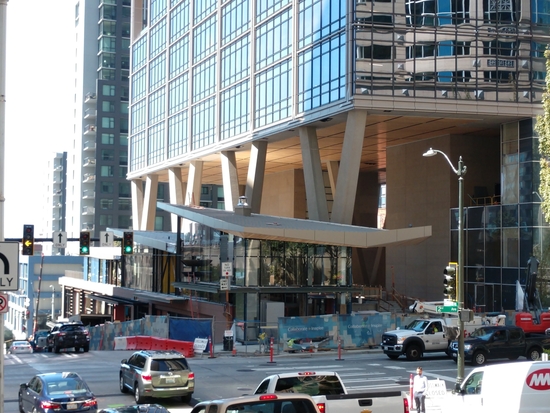 The towers are set on a series of Y-shaped columns. 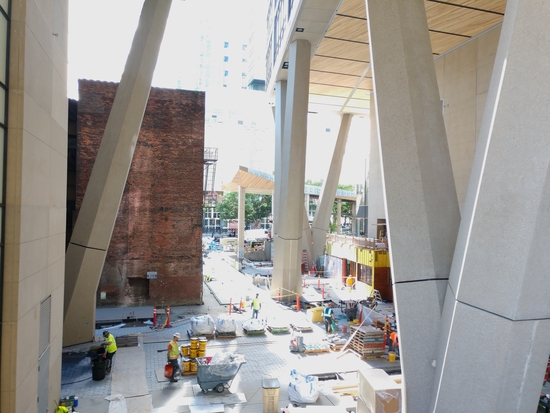 The Urban Village wraps around the back of the brick Diller Hotel.