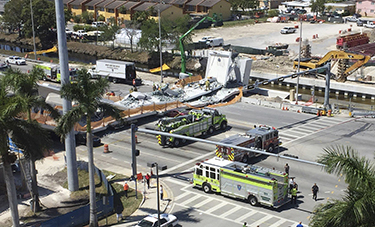 MIAMI — The firm charged with reviewing the design of a Miami university bridge that collapsed last year and killed six people was not properly qualified by the state, federal reports show.