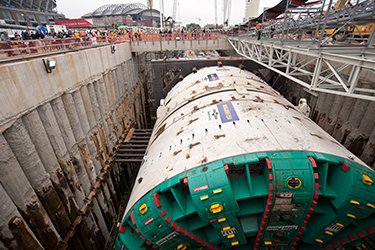 Photo courtesy of WSDOT [enlarge]
The tunnel boring machine named Bertha was launched in 2013 to build the waterfront tunnel.