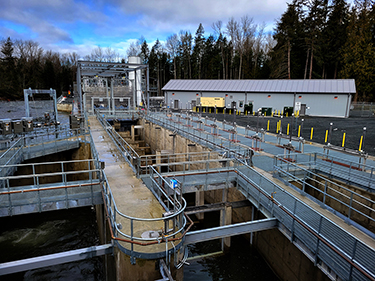 Kiewit Infrastructure West Co. recently finished a $112 million contract that built the country's largest trap-and-haul fish passage facility, according to the U.S. Army Corps of Engineers. The facility is adjacent to an existing hatchery on the White River that is owned by the Muckleshoot Indian Tribe, about 6 miles downstream from Mud Mountain Dam and near the city of Buckley.