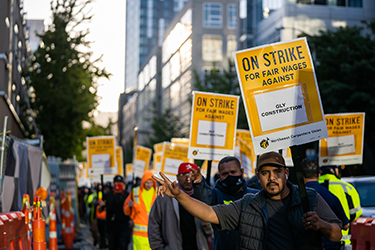 A slew of union carpenters in Washington walked off the job yesterday after voting down a proposal on Saturday that would have given them a 20.4% raise in wages and benefits over four years. The contract with the Northwest Carpenters Union expired on Wednesday.