Coast Guard in early stages of big expansion to Seattle base 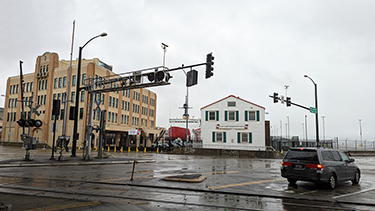 Photo by Benjamin Minnick [enlarge]
Base Seattle consists of a dozen buildings, including the Coast Guard Museum Northwest, south of Terminal 46.

For decades the Coast Guard has operated Base Seattle out of Pier 36, providing a regional command center and support operations for several vessels, including the icebreakers Polar Star and Healy. But many of the base's 12 buildings and its infrastructure have substantial deficiencies that are expected to become more problematic as future major cutters homeport at the base while the U.S. ramps up its presence in the Arctic region.