Are wood high-rises the sustainable buildings of the future? A visit to Italy proves otherwise 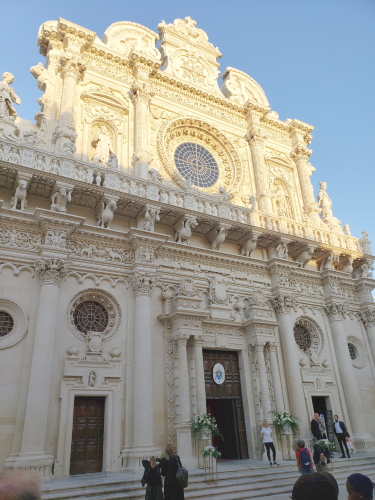 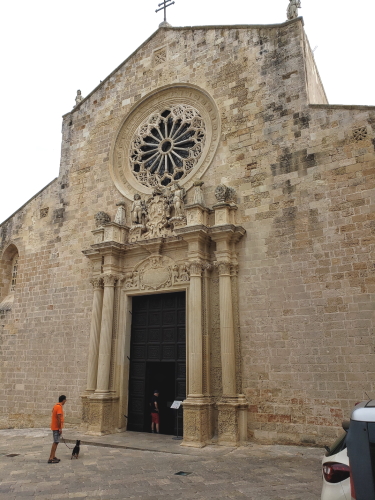 [enlarge]
Otranto Cathedral, another concrete church in Italy, is over 900 years old.

On a recent trip, I visited several towns in Italy and then made a short stopover in London. On the trip over, I caught up on some reading. One article stuck with me. It talked about the potential for Seattle to become home to a high-rise built of wood, and that it was a “sustainable” solution because wood is a “renewable” resource.

I remembered the idea as we toured churches in every town in southern Italy we visited. There was the Otranto Cathedral finished in 1088. We went to a concert in Lecce in the square of the Piazza del Duomo, built in 1144. We stayed in a very posh hotel in Lecce that was repurposed from its previous uses as a convent and school. It was built in 1550.

In Rome, there is the Pantheon built and dedicated in 125 AD, which to this day is the largest unreinforced concrete dome in the world.

In London, we drove past the “Airman's Church,” the St. Clement Danes, which was built in 1682 and still shows scars from surviving bombing in World War II.

All of these structures were built of stone and concrete.

A wood high-rise being “sustainable”? By any reasonable definition of the word sustainable, one must consider the lifespan of a structure. The buildings I saw on my trip were all built hundreds of years before this country was even founded and they still stand.

The history of the U.S. is marked by historic events much more than historic structures. Our history is conspicuous for the times whole cities burned: Chicago in 1871 and again three years later; San Francisco in 1851 and again in 1906; and closer to home, Seattle, Spokane and Ellensburg all in 1889. Vancouver, B.C., suffered a similar fate in 1886.

Those cities were built of wood, not concrete and stone.

Recently, there has been an outcry about the loss of trees — the “lungs” of the planet — to forest fires in the Amazon. Why? They are renewable.

In Italy, we were fortunate to tour olive orchards. We touched olive trees over 4,000 years old and still in production. In the U.S., we have trees over 2,000 years old. Trees are called the lungs of the planet because they remove carbon from the atmosphere and return pure oxygen.

I began to do a bit of research on our current fascination with wood. The push seems to be coming from our neighbors to the north. They use terms like “fire resistant” and “earthquake resistant” to describe their “sustainable” wood products. Really?

In the 250-year history of our country, have we learned nothing? Trees are renewable, yes, but at what cost? Limestone is one of the most abundant minerals on the planet and 100% of it is recyclable. The reason only the concrete exterior and shell of the Coliseum in Rome remains is they scavenged the marble from it to use in other structures still standing in Rome.

Cement is made from finely ground limestone that has been heated in a kiln. We use cement to make concrete, or “liquid limestone,” that can be molded into any shape you can think of and which will stand for centuries. We drive on streets in Seattle that were paved with concrete over 100 years ago.

The short-term lure of this “new” construction material is overshadowed by what we already know. Concrete is made of limestone, one of the most abundant minerals on the planet, and is 100% recyclable. Buildings built of concrete are more energy efficient and durable.

You can design and build structures of wood, but let's be honest, they are not the sustainable answer we need. We already know the answer, we have for centuries.