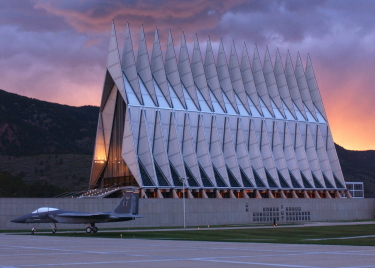 U.S. Air Force Academy Public Affairs photo [enlarge]
This is the chapel before it was covered in a 14-story temporary enclosure. 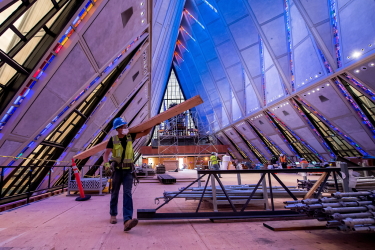