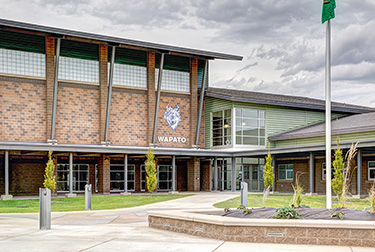 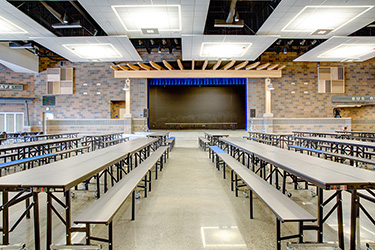 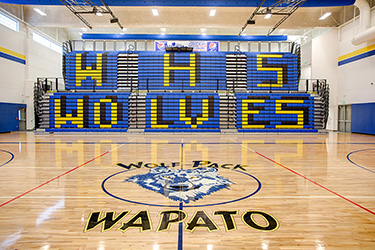 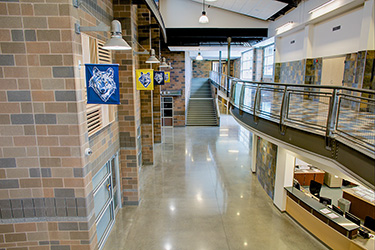 Wapato High School at 1103 S. Wasco Ave. in the Yakima County town of Wapato, is in a new space following completion of a $33 million addition and modernization project.

The new high school replaces a single-story school built in 1956 with a two-story structure that contains 118,626 square feet of new construction and 43,576 square feet of modernizations.

The multi-phased project began in 2012 with demolition of the old school. Only the original gymnasium was retained and renovated.

Construction was done in five phases so the school could stay open during the two-year project.