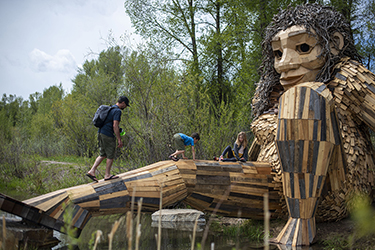 JACKSON, Wyo. (AP) — Where once there were pebbles, now sits an enormous troll.