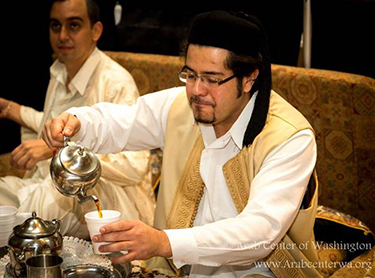 Photo by Arab Center of Washington
Explore music, culture, crafts and food of the Arab world all weekend at Seattle Center.

SEATTLE — The Arab Festival is Saturday and Sunday in Seattle Center Armory, celebrating the music, dance, culture and current influences of the Arab world.

There will be craft activities and an Arabic drum workshop for children and families, and an Arab marketplace will be open throughout the festival.

A press release from Seattle Center said the festival was organized after the first Persian Gulf War to show the diversity, talent and accomplishments of Arabs and Arab Americans. This is one of 24 ethnic cultural festivals held at the center every year.