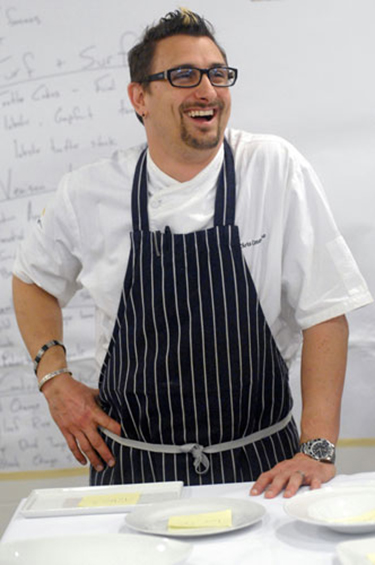 Chef Chris Cosentino is returning for the second year as part of the Planes, Trains and Traveling Chefs series.

SEATTLE — The Planes, Trains and Traveling Chefs series, hosted by Matt's in the Market, is starting again soon, with chefs from around the country offering six course menus with Matt's Executive Chef Jason McClure.

This year's program starts with Chef Chris Cosentino on Dec. 6. He is the chef and co-owner of San Francisco's Cockscomb restaurant and the new Jackrabbit in Portland. Chef Tim Love will arrive March 7. Love's roots are in Texas, where he is chef and owner of Lonesome Dove Western Bistro, Woodshed Smokehouse, Queenie's Steakhouse and Love Shack, as well as the White Elephant Saloon. Chef Marc Forgione will be here May 9. He is the chef/owner of New York City's Restaurant Marc Forgione, American Cut and Lobster Press.