After Hours: Hendrix at home: Exhibit at NAAM 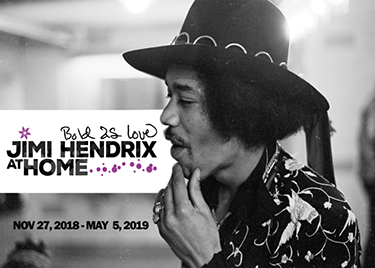 “Bold As Love: Jimi Hendrix at Home” looks at the legendary guitarist’s roots through photos, artifacts, music and multimedia.

SEATTLE — The Northwest African American Museum, Experience Hendrix LLC and Authentic Hendrix LLC have organized a new exhibition on Jimi Hendrix, who was born in Seattle in 1942 and became one of the 20th century's most creative and influential musicians before his death in 1970 at the age of 28.

NAAM calls the exhibit a journey into the life of James Marshall “Jimi” Hendrix and his meteoric rise to rock stardom.

“We wanted people to come away feeling like they know Jimi on a different level. He was a complex and beautiful human being. His music was just a part of who he was,” says Janie Hendrix of Experience Hendrix LLC. “This exhibit reveals Jimi the man, not only as a performer.”

Hendrix grew up in the Central District, and was self-taught. NAAM says his colorful costumes and performances paid homage to his grandmother's vaudevillian roots. He would have turned 76 on Nov. 27.