At the Movies: 'Ingrid Goes West' looks at social media's dark side 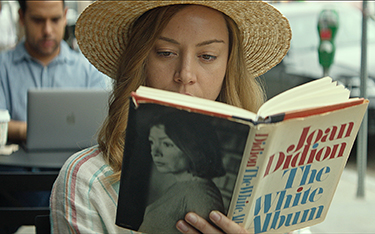 For the title character in “Ingrid Goes West ,” there is no question, and perhaps no distinction.

Powered by Aubrey Plaza's searing performance, director and co-writer Matt Spicer's feature debut explores such a dark side of social media obsession, it's hard to consider it satire. It's a story about young women who find validation in likes and followers, who equate social media experiences with real-life ones.

Like so many millennials, Ingrid (Plaza) is an Instagram junkie. Her phone is always in hand, a portal to all that is #perfect and #blessed. Any free moment is spent scrolling through photos. The double-thumb-tap she uses to “like” images is as instinctive as blinking.

But she's also obsessive and mentally unstable. She once crashed a wedding and attacked the bride after fixating on her expertly curated Instagram profile.

Flush with cash after her mother dies, Ingrid moves to Los Angeles to be near her latest social media obsession: Blonde, beautiful Taylor Sloane (Elizabeth Olsen), whose life on Instagram looks like a chic California magazine captioned with literary quotes and hashtags like #weekendvibes.

Ingrid styles her hair like Taylor's. She eats at her favorite breakfast spot. She buys the purse Taylor posted about. Then she works out a way to meet the Instagram star so they can be friends.

Olsen is pitch perfect as sunny, superficial Taylor, who says everything is “the best” and has no qualms about asking a gas station attendant to lay on the ground to snap a perfectly-framed social media pic.

The screenplay by Spicer and co-writer David Branson Smith looks at how Taylor's appetite for admiration might allow for a friend like Ingrid — her sycophantic fawning feeds right into Taylor's million-follower ego.

Plaza disappears into the unhinged Ingrid, a character exciting in her sheer unlikeability. She lies and steals to get what she wants. She exploits trust and kindness. But she brims with a deep human fear of inadequacy, one she hopes internet popularity might remedy. Plaza brings a vulnerability and desperation to Ingrid that makes her relatable. She's obsessive and unstable, but she just wants to be liked, online or anywhere.

O'Shea Jackson plays Ingrid's landlord/neighbor/admirer Dan, this story's version of the manic pixie dream girl. Though Jackson gets to show off his sparkling smile more here than in “Straight Outta Compton,” his character exists to be Ingrid's savior and moral foil.

“Ingrid Goes West” has fun with some social media tropes and Southern California tendencies, but it feels less like a satire than a cautionary tale, for both the envious and the envied. It dips into rich territory by examining the covetousness social media inspires, not just for things, but for attention. Still, even someone with millions of followers can feel lonely or unseen.

Taylor and Ingrid may approach Instagram from opposite sides, but both live in a world where “likes” have tremendous value.

“Ingrid Goes West,” a Neon release, is rated R by the Motion Picture Association of America for “language throughout, drug use, some sexual content and disturbing behavior.”