At the Movies: ‘Red Sparrow' never takes off 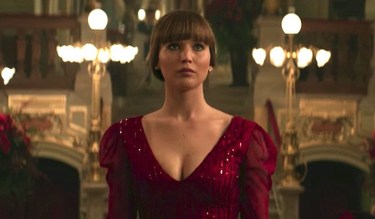 Based on a book by former CIA agent Jason Matthews, “Red Sparrow” stars Jennifer Lawrence as Dominika, a Moscow ballerina who has to rethink her career after a devastating injury.

In the James Bond films, sex with a globe-trotting spy seems to be fun, fun, fun. A martini, a tuxedo, a witty line or two and then it's off to a luxurious bed with two tanned, muscular bodies. Not so in the new thriller “Red Sparrow ,” where the sex is cold, ugly and often violent.