At the Movies: Charming ‘Over the Moon' gets lost in lunar orbit 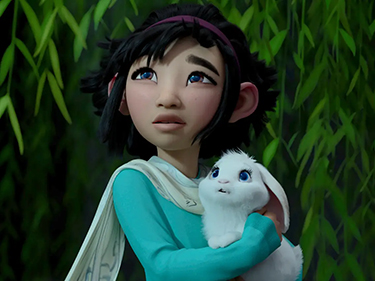 Twelve-year-old Fei Fei builds a handmade rocket to blast into outer space in the new Netflix movie musical “Over the Moon,” the first animated film backed by a major Hollywood studio to feature an entirely Asian cast.

The acclaimed animator behind such powerful figures as Ariel, Aladdin, Tarzan and Rapunzel has a new heroine and she's going further than any of his creations — the moon.