Leafly Holdings, a cannabis discovery marketplace, announced that Rebecca Warner will join the company as senior vice president of sales. The addition of Warner to the executive team follows several key leadership hires since announcing the company's intent to combine with Merida Merger Corp I earlier this year. Warner has over 14 years of experience designing and executing sales growth strategies at online marketplaces. Most recently, she was director of rental sales at Zillow. Prior to that, Warner held director-level roles at Domain, a real estate marketplace in Australia.

State Sens. Lynda Wilson, David Frockt, Derek Stanford and Mark Mullet were given Outstanding Legislator Awards for their service during the 2021 session by the Washington Association of Sewer & Water Districts. The award honors significant actions that contributed to the ongoing success of special purpose water and sewer districts. Wilson and Stanford worked together on a bill that made the cost of liens and lien releases more equitable for all water and sewer customers. Mullet has been a consistent supporter of the state's Public Works Assistance Account — a program that provides local governments with affordable, low-interest financing for critical infrastructure projects. Both Frockt and Mullet negotiated to preserve the PWAA as a loan fund that would replenish itself through diverted tax revenue streams. The Washington Association of Sewer & Water Districts advances the work of about 180 water and sewer special purpose districts that provide services throughout Washington through education, advocacy and collaboration.

Strong Tower Consulting, a Bellevue-based management consulting firm, has been named one of Washington's “100 Best Companies To Work For” by Seattle Business magazine. The firm was recognized for its recruitment and employee support programs focused on diversity and inclusion. Strong Tower also provides a diversity recruitment and retention service for clients, enabling the hiring and nurturing of employees and contractors composed of personnel more aligned with the diversity of society and the consumer base. Seattle Magazine's list is based on employee satisfaction scores.

Modern Building Systems next week will commemorate its 50th anniversary. The company was founded by Don Rasmussen in a small Portland shop and is now based in Aumsville, Oregon, with a Seattle-area office in Pacific and another office in West Sacramento, California. Now a third-generation family-owned business led by CEO and President Jim Rasmussen, Modern is one of the few factory-direct manufacturers of prefabricated commercial buildings. It also designs and engineers its products.

SEATTLE (AP) — King County has named a new interim sheriff as the department moves under the authority of the county executive.

County Executive Dow Constantine announced that Patti Cole-Tindall, currently second in command at the sheriff's department, will be appointed interim sheriff and will start Jan. 1.

The Seattle Times reports that Cole-Tindall, 57, will be the first person of color to serve as sheriff in Washington's largest county.

King County voters authorized the switch atop the county's law enforcement department when they voted last year to make sheriff an appointed, rather than elected, position.

That change goes into effect in 2022, when the term of current Sheriff Mitzi Johanknecht, who was elected in 2017, ends.

Cole-Tindall lives in Kent and has been with the sheriff's department for about six years after a long career in public service. She has served as undersheriff, the department's No. 2, for the last year and a half, after serving as the department's chief of technical services for almost five years.

“Patti has both the experience and the temperament to be able to lead her employees forward in a productive way,” Constantine said. 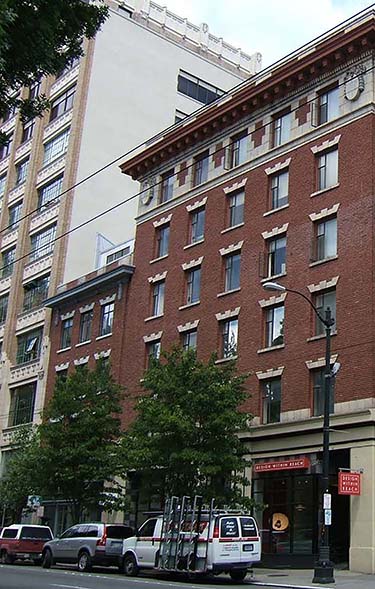