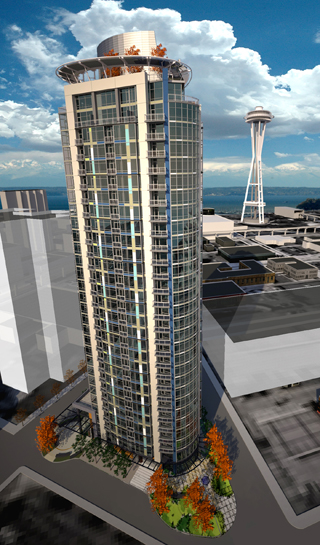 Image courtesy of Weber Thompson [enlarge]
Work could start early next year on a 32-story building with 283 units at Sixth Avenue and Wall Street in Belltown.

A California firm that was planning to build two Seattle high-rise condo projects instead will likely build apartments on the sites because of the difficulty with financing condo projects and Seattle's strong rental market, a company official said.