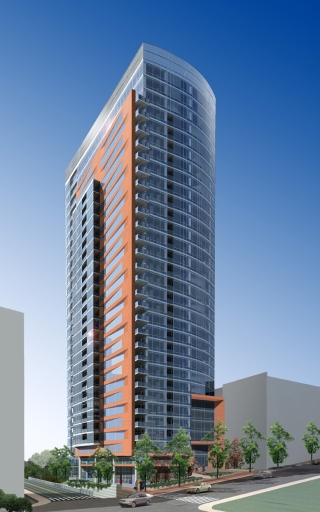 Rendering courtesy of Laconia Development [enlarge]
The developer of a 31-story apartment tower on First Hill hopes to start construction next spring. Kwan Henmi is the architect and PCL is the contractor.

Developer Paul Menzies is moving forward with long-held plans for a large apartment project on First Hill where he says his company, Laconia Development, is “trying to do something that is great.”