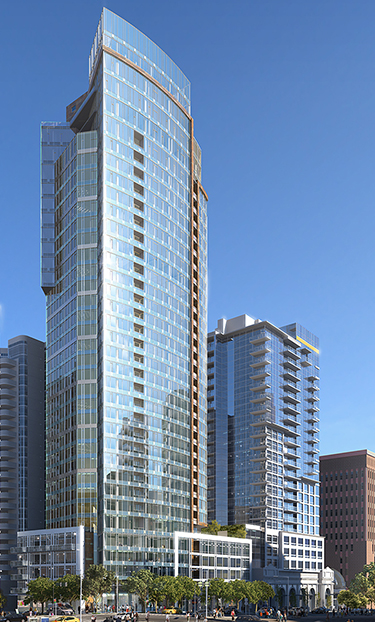 Continental Properties will break ground today on a 34-story apartment tower on the northwest corner of Second and Virginia.

Tower 12 Apartments will have 314 units about two blocks from the Pike Place Market. Most of the units will have one bedroom, but there will be 53 two-bedroom units and 12 penthouses. The average size of standard units is 825 square feet, and penthouses average 1,476 square feet.

Claudio Guincher, head of the Bellevue-based company, said the building will take about 25 months to build and is expected to open in April 2017.

The building will have 325 parking spaces above and below ground. Plans call for 7,000 square feet of ground-floor retail.

Weber Thompson is the design architect, and MulvannyG2 Architects is the architect of record. PCL Construction Services is the general contractor.

Continental Properties is funding the project through Canadian private equity and a construction loan from Wells Fargo.

Guincher's team picked the name Tower 12 as a nod to the 12th Man as a growing symbol of civic pride around Seattle that transcends football.

Guincher told the DJC last year that he planned to start the units as condos, but would make a final decision later. Guincher said Thursday that he chose to build apartments because the rental market is more lucrative than condos right now.

“You have the ability to sell at a higher value and with lower risk (than condos), and that just made the decision very simple,” he said.