Holland America will move 1,000 people to Selig building on 3rd 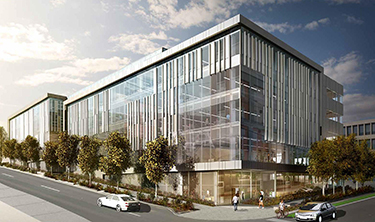 [enlarge]
Demolition just started for the six-story structure at 450 Third Ave. W. The building will open in December 2016.

The developer said Holland also has an option to lease the remaining 9,000 square feet.

The building is slated to open in December 2016.

Holland America Group entities have about 1,400 employees in Seattle. Most of them now are in a building at 300 Elliott Ave. W. The others are at 800 Fifth Avenue in Seattle.

Those leases are expiring in 2016.

Sally Andrews, vice president of public relations for Holland America Line, said Holland America Group took the opportunity to have office space designed specifically for it and put most of its employees in a central location.

The brands operated by Holland America Group offer cruises on all seven continents.

Andrews said some of the Seattle employees will now work from home as part of a expansion of that program.

Princess Cruises will still have its primary headquarters in Santa Clarita, California, she said.

Martin Selig Real Estate has begun demolition work for the six-story structure at 450 Third Ave. W., which will also have underground parking and be named for Holland America.

The developer is using steel instead of concrete because it can be fabricated off site and save time.

Perkins + Will is the architect, Lease Crutcher Lewis is general contractor and KPFF Consulting Engineers is the structural engineer.

Martin Selig Real Estate has a number of projects in the works for Seattle. It expects to start construction on a three-story office building at Third and Battery in Belltown in about a month, and on a 235,000-square-foot office project at 15th Avenue Northwest and Northwest Market Street in six months. That will be a “living building,” the developer said.

The Seattle-based real estate firm also plans a 12-story apartment complex at 3031 Western Ave., and a 36-story office and apartment tower at Third and Lenora.

The 300 Elliott Ave. W. building is owned by Selig, and is kitty-corner from the new Holland America Group building. Martin Selig said the 230,000-square-foot Elliott Avenue building is getting a lot of interest from possible tenants. He said that submarket is “pretty well filled.”