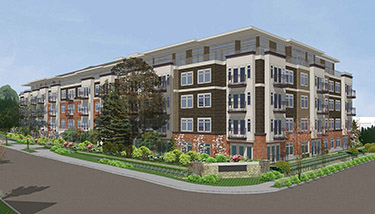 Claudio Guincher's Continental Properties is planning a five-story apartment building at 1000 100th Ave. N.E., about a block from Bellevue Square.

Guincher said in an email that design is just starting, but it will have about 135 units and 199 underground parking spaces.

A rooftop deck will have barbecues and views of the skyline.

Guincher said he wants to start construction in about a year.

On Tuesday, an entity related to Bellevue-based Continental Properties paid $11.8 million for the land, which today is home to the 24-unit Sumiyoshi Apartments.

Continental Properties plans to break ground next summer on 78 units in Uptown and 128 units in downtown Kirkland.