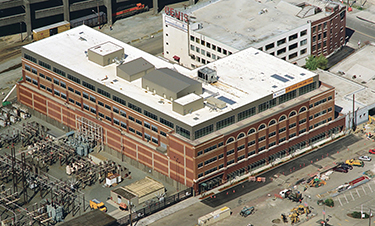 Oculus VR, a company owned by Facebook that is developing a virtually reality headset called Oculus Rift, has leased one floor at Stadium Innovation Center in Sodo.

Stadium Innovation Center is at 1531 Utah Ave. S. and was developed by American Life Inc.

The building now appears to be full. Officespace.com shows that in March the building had 51,451 square feet of vacant space.

Oculus and American Life Inc. did not return requests for comment, and Facebook's broker declined to comment.

Oculus said last year it planned to open a research and development office in Seattle.

Facebook acquired Oculus for more than $2 billion in 2014. Part of the agreement was that Oculus would retain some independence.

It has a gym, bike racks and decks on three floors with views of downtown Seattle and Puget Sound. Infrastructure in the building supports biotech uses and data centers.

Freiheit & Ho Architects designed it, and the contractor was Sodo Builders, which is American Life's construction division.