$614K per unit for Premiere on Pine 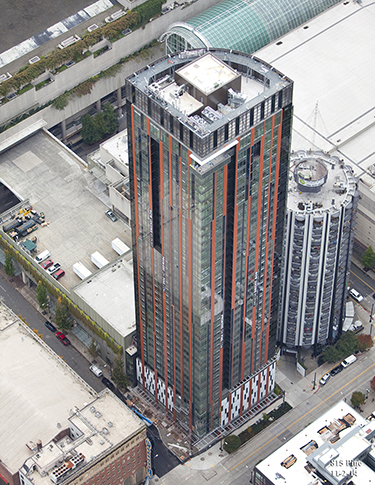 That's the highest sale price and second highest per unit price ever paid for a Seattle apartment building.

This is the first time a Seattle apartment complex has sold for more than $200 million, according to Dupre + Scott Apartment Advisors' database.

In Seattle, the per-unit record price is $619,744 for Rollin Street Flats in South Lake Union, according to Dupre + Scott.

Holland put the tower on the market earlier this year. The developer said it had not planned to sell the tower but there was a lot of interest from potential buyers.

This fall, Hawaiian chef D.K. Kodama will open a restaurant in Premiere on Pine.