Apartment building returns to its roots as a hotel 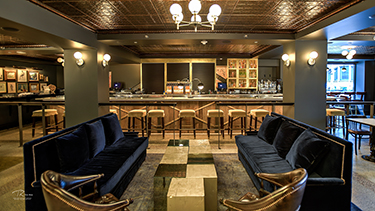 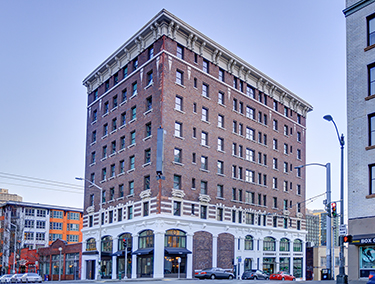 The century-old brick building that formerly housed the Palladian Apartments reopened earlier this year as a hotel after it was gutted during an extensive 18-month remodel by JTM Construction.

The 60,000-square-foot Palladian Hotel is at 2000 Second Ave., across Virginia Street from the Moore Theatre. It has 97 rooms, including a presidential suite that can be expanded to 941 square feet when reserved with an adjoining parlor.

Other parts of the hotel house meeting space, a fitness room, the Pennyroyal whiskey bar and lounge, and the 65-seat Shaker + Spear restaurant run by local chef Walter Pisano.

Perhaps in a nod to its 1910 start as the Calhoun Hotel, some of the renovated rooms have claw foot tubs.

To bring the building up to modern code, JTM installed seismic braces.

Gensler and Graham Baba Architects were the architects, Nicole Hollis was in charge of interior design, CPL was the structural engineer, and Trainor Management was the owner's rep.