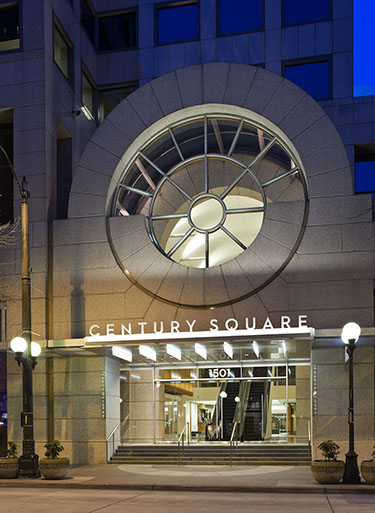 The 30-story high-rise is on Pike Street between Third and Fourth avenues. The building now is 98 percent occupied, according to an announcement from Colliers International Group.

Colliers said $12 million was spent recently to upgrade the lobby and common areas to reposition the building and attract tenants. The lobby has collaborative work areas, and there is an athletic facility with showers, bike storage and conference rooms. Retail spaces were completely redesigned.

The listing brokers were Laura Ford and David Abbott of Colliers International. Century Square is managed by Unico Properties.