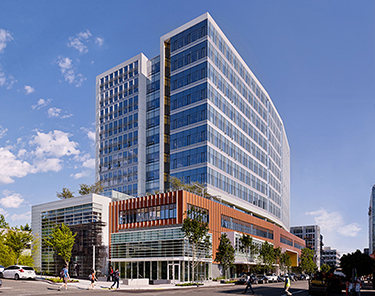 The 12-story building at 325 Ninth Ave. N. in South Lake Union has 317,000 square feet of office and retail space above four levels of underground parking.

It was completed last summer and Amazon occupies all the office space. Graphite Design designed the building and GLY was the contractor.

Mirae said it manages approximately $90 billion in assets, with offices in the United States and 11 other countries. This is its ninth investment in the U.S. but the first purchase of a West Coast office property.

Vulcan has built 6.5 million square feet of office, biotech, residential and mixed-use projects, mostly in South Lake Union, and has 208 apartments under construction in the University District. Pre-development planning has started for about 650 units on three sites at Yesler Terrace.