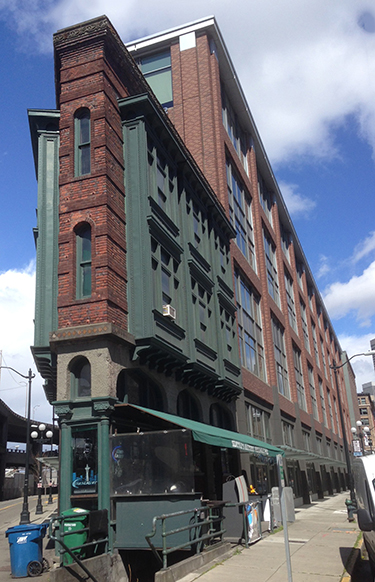 SEATTLE — The tiny Triangle Tavern building, at 553 First Ave. S., has sold for $1.88 million, according to King County records.

The seller was Flatiron Associates, an entity of members of the Tonkin and Greissinger families, who owned it since the early 1970s.

The buyer was Triangle Building LLC, which is associated with Eastside investor Raymond Spencer.

Built in 1910, and located at the pointy intersection of Railroad Way South, the landmarked structure is also variously called the Triangle Hotel building and the Triangle Pub building. A pub still operates on a month-to-month lease, with two apartments above.

The property measures only 731 square feet. The building measures about 2,800 gross square feet, including a usable basement with nine-foot ceilings.

Spencer couldn't be reached to comment on his plans.