OneLin plans over 1,000 U District units on three sites

OneLin Capital is now considering the purchase of three nearby sites in the University District — all close to the future light rail station — for a trio of projects that could total 1,078 units. With Caron Architecture, the feasibility plans began last summer and continued into last month. 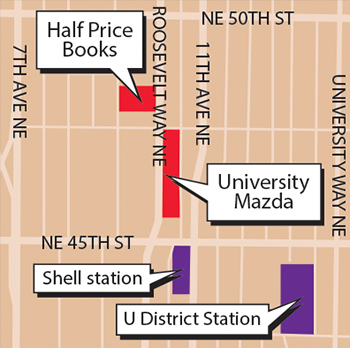 OneLin now has eyes on three separate properties near the light rail station, none of which are publicly listed for sale.