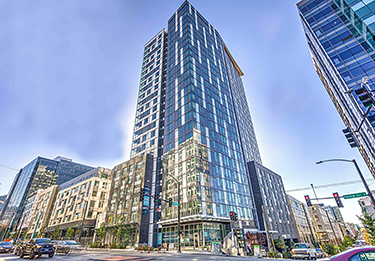 Image from Greystar [enlarge]
Ascent, the larger 24-story north tower, is on the corner of Republican Street.

Greystar has sold its Ascent South Lake Union and Marlowe, two linked apartment projects that share the same half block, for $301.8 million, according to King County records. Greystar acquired the land in 2015 for about $30.7 million, then developed it. It used an LLC both then and last week.