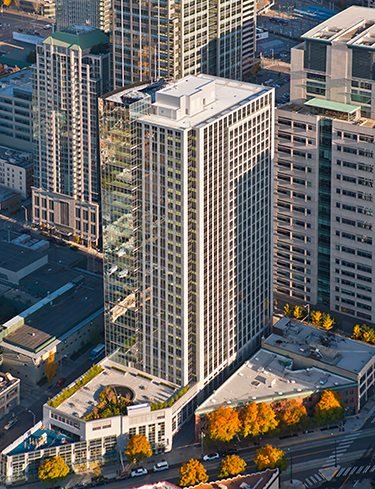 The West 8th building, at 2001 Eighth Ave. in the Denny Triangle, has sold for just under $489.9 million, according to King County records. The seller was Par2 West 8th LLC, associated with Deutsche Asset & Wealth Management, which acquired the property in 2016 for $370 million.