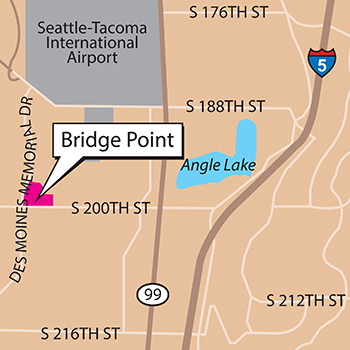 The developer hopes to break ground on its over 17-acre project next year.

As the DJC first reported in May, Bridge Industrial is planning what it calls Bridge Point SeaTac 300, at and around 1410 S. 200th St. That's now the vacant former Maywood Elementary School, which Highline School District had previously put on the market. Now Bridge has announced the multiple sales of 28 parcels involving the school district and several small landowners. Much of it is vacant and undeveloped, some without street addresses.