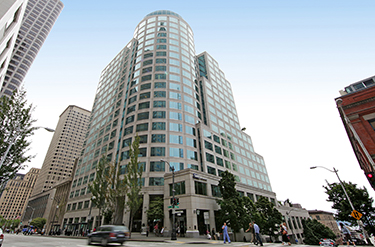 The Second & Seneca office block, at 1101 and 1119 Second Ave., just sold for $320 million, according to King County records. The seller was Second and Seneca Office LLC, associated with Rockwood Capital, which acquired the two buildings in 2012 for nearly $186 million.