If your holiday wish list includes getting a building occupied by Amazon, then you might be in luck.

Vulcan Real Estate has put two more properties up for sale: the Amazon Phase VI complex and the office portion of Alley24, whose tenants include Skanska and NBBJ. 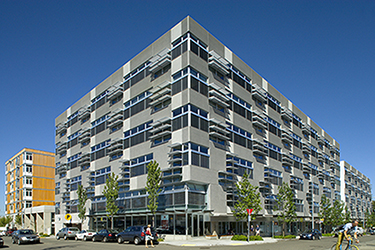 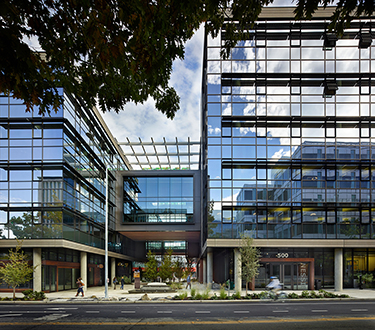 In the last three years Vulcan has sold almost $2.4 billion worth of office buildings, apartments and biotech buildings throughout the region and in Tempe, Arizona. The sales started in 2012, when Vulcan sold Amazon its South Lake Union campus for $1.2 billion. That was followed by the sale of six apartment properties in South Lake Union and Belltown, and office and biotech buildings in Seattle and Issaquah.

Vulcan built its portfolio with the expectation of holding the property for a long time, Mason Curran said. But as the market kept soaring she said it made sense to sell completed projects to fund the next wave of development such as the three Lakefront Blocks on Valley Street near Lake Union, where Vulcan plans 370 apartments and about 787,000 square feet of office space. It is also planning about 650 apartments at Yesler Terrace.

“While our strategy has evolved into shorter term holds it hasn't changed how we build our buildings nor has it changed our commitment to the neighborhoods where we still have holdings,” Mason Curran said.

Is Bellevue a teen or a grownup?

Officially, the city of Bellevue is just over 60 years old. It has grown a lot lately and become a self-sustaining city with its own attractions and big employers. But is Bellevue all grown up or does it still have a ways to go?

At a Bisnow event Wednesday, moderator Michael Orbino of John L. Scott asked panelists to identify what phase of life Bellevue is in. There was no broad agreement, but most panelists seem to peg the city as being late teens or early 20s. It clearly has had a big growth spurt, and now downtown Bellevue is starting to fill out.

John Su has been developing in Bellevue for a long time. His company, Su Development, is about to celebrate its 35th anniversary. But Su said Bellevue is still in its youth, meaning that developers still have a chance to shape the city.

Earlier this year a 3,200-square-foot performance center and concert venue called Resonance opened in Su's high-rise project called Soma Towers. He doesn't expect it to be a huge moneymaker — Su said his company has invested more than $1 million to create it, and it costs $300,000 a year to operate — but said he felt it was something the community needed. He urged others to make investments like this that will benefit the community.

“We ask the question: What is Bellevue?,” Su said, “and (when) we look at the history, it's really short. We are in the process of making history for Bellevue so we really need to care about what we try to build.”

One sign that Bellevue is growing up is the wide variety of office space available today, the panelists said, from high rises downtown to suburban-style space along Interstate 90.

Bellefield Office Park is blurring the lines between urban and suburban office. It is just south of downtown and surrounded by Mercer Slough. Talon Private Capital helped reposition the 15-building complex for Walton Street Capital to attract tech companies. Talon then teamed up with Houston-based Lionstone to buy it last year for $120 million.

Gabe Levin of Talon called Bellefield Office Park a “high rise tilted on its side” and spread over 65 acres. Bellefield has outdoor seating areas that companies can use for meetings, and food trucks come in at lunch time.

Greg Johnson of Wright Runstad & Co. said the investment in Bellefield shows how desirable Bellevue is today. Johnson's big Bellevue project, the 36-acre Spring District in the Bel-Red corridor, is another example of the new choices companies have in Bellevue. Johnson said he does not want to repeat what others have built; he wants to complement what's already available.

The Spring District got a huge boost when it landed the Global Innovation Exchange, an international technology institute that is a partnership between University of Washington and China's Tsinghua University. Microsoft was heavily involved in finding a site for the institute. Johnson said without everything that is happening today in and around Bellevue — the growth of downtown, the emergence of places like Bellefield and the future arrival of light rail — GIX easily could have ended up in another city.

So what's next for Bellevue?

Claudio Guincher of Continental Properties sees more international attention and new arrivals. He grew up in Vancouver, B.C., and said in the 1970s and 1980s he saw Vancouver get a lot of international buzz. Guincher, who has developed numerous projects this area, said Bellevue is starting to get that same attention.

Kevin Wallace agrees. He is Bellevue's deputy mayor and president and chief operating officer at Wallace Properties. Wallace said companies are bringing smart people from all over the world to Bellevue and paying them well.

“As a councilmember, the job (now) is just don't screw it up,” he said. “Our job at the city is to create an environment of welcomeness, and a cosmopolitan feel to the city where you can come here from Germany or China or Japan and feel like this is your home as much as people who grew up here like me.”