After Hours: Music and dance at Cama Beach park 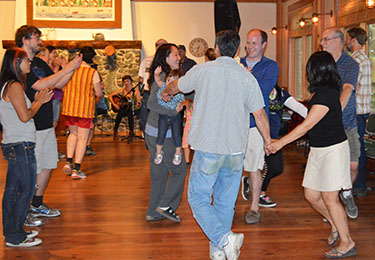 Photo by Washington State Parks
Step back in time to a 1930s-era fishing resort at Cama Beach on Camano Island. On Aug. 11-12 is a free summer music and dance event for all ages and all levels.

The commission said in a press release that live music and family square dances were a traditional part of 1930s summer activities at Cama Beach when the state park was a fishing resort. Musicians will play fiddle, guitar and banjo, and experienced callers will get people dancing. Both events are family oriented and open to all ages and all levels.