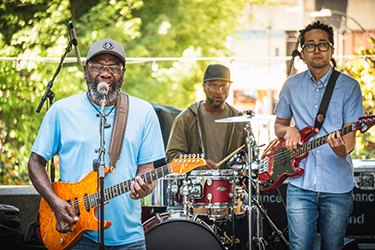 Photo from DSA
Clinton Fearon, a Jamaican-born, Seattle-based songwriter and singer, is one of the performers in this year’s Downtown Summer Sounds.

SEATTLE — Downtown Seattle Association's free outdoor concert series started this week, and continues throughout the summer with shows at eight venues until Aug. 31.

See the lineup of performers, times and locations at downtownseattle.org/summersounds.

Downtown Summer Sounds is produced by DSA with support from Virginia Mason to offer free local music for workers, residents and visitors.