At the Movies: 'American Assassin' is out for revenge 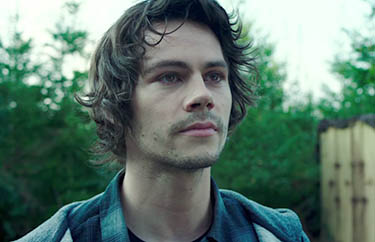 Dylan O'Brien plays Mitch Rapp, an everyday guy out to save the world, in the first film adaptation of the Vince Flynn's series of novels.

Mitch Rapp is an action hero in the vein of Jack Ryan or John McClane: an impossibly tough and determined everyday guy out to save the world.

Dylan O'Brien brings a youthful freshness to that archetype in “American Assassin,” his first leading-man role and the first big-screen adaptation of Vince Flynn's series of Rapp novels. The character is scrappy and outspoken, rebellious and single-minded, and a skilled wielder of all manner of weapons.

But Rapp is first seen onscreen as a starry-eyed lover in Ibiza about to propose to his girlfriend. Their idyllic moment is ruined when terrorists storm the beach and Rapp's fiancÃ©e ends up among the dead.

Flash forward 18 months and Rapp is a bearded recluse in Rhode Island, where he's been studying Arabic, mastering firearms and practicing martial arts. He plans to take out the terror kingpin responsible for the Ibiza attack. But his clandestine training catches the eye of a CIA recruiter (Sanaa Lathan), who brings Rapp in as a counterterrorism operative.

From there, the story jumps around multiple international destinations as Rapp undergoes advanced training with the humorless Stan Hurley (Michael Keaton) and onto a mission to recover a heap of stolen plutonium. Iranian forces intend to make a nuclear weapon to attack Israel. But an American mercenary and former student of Hurley's known as Ghost (Taylor Kitsch) is also involved, and he has his own ideas about how the plutonium should be used.

Further complicating the story are the various double-agents involved and an apparently complex yet unexplained history between Ghost and Hurley. But no matter: O'Brien is wonderful to watch, a convincing action star with perfectly tousled hair. He brings a sensitivity to Rapp that balances his brutality, making him easy to root for, even if he doesn't always follow the rules.

Keaton's Hurley is practically forgettable until a staggering scene near the film's end that shows just how crazy his character is.

As often happens with these international thrillers, plot holes are compensated for with action and spectacular settings. “American Assassin” takes viewers to Italy, Romania, Poland, Libya and Turkey, along with various locations in the U.S.

But Rapp is an interesting guy, and “American Assassin” is his origin story. Unfortunately, in setting up for a sequel, the film's ending goes too far, essentially trading Rapp's newly established gravitas for superhero shtick.