At the Movies: ‘Men in Black' returns, a little worse for wear 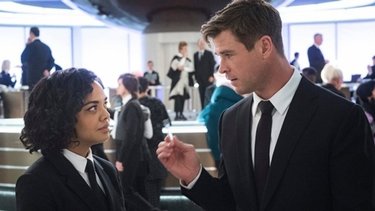 Tessa Thompson and Chris Hemsworth already tried out their rapport together in “Thor: Ragnarok.”

Would any fictional gadget be more coveted by Hollywood executives than the memory-erasing “Men in Black” neuralyzer? Imagine the lucrative benefits of being able to, with a single flash, make moviegoers forget the film they just saw. Franchises would be endlessly renewable. IP could last forever.