At the Movies: 'Bully. Coward. Victim.' a personal look at Roy Cohn 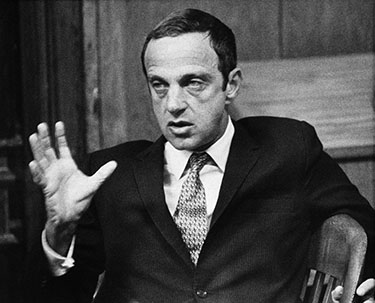 The HBO film “Bully. Coward. Victim. The Story of Roy Cohn” doesn't hide its loathing of Cohn, who later was at Sen. Joseph McCarthy's ear looking for Communists in the 1950s, defended the mafia in court and helped Donald Trump's rise.

The director of a new documentary about Roy Cohn is not exactly a neutral party. After all, Cohn played a key role in getting her grandparents executed.