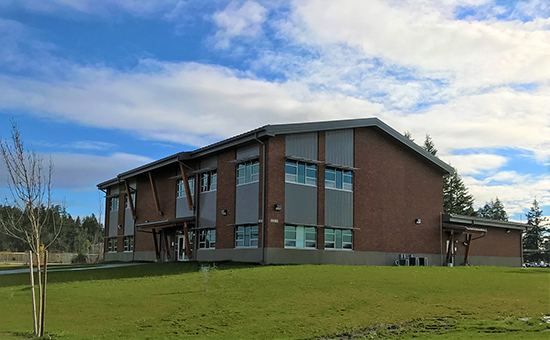 Photo from Northwest Partitions
Exterior metal-stud framing systems had to be re-designed part way through the project.

The biggest challenge was that the exterior metal-stud framing systems had to be re-designed part way through the project after it was determined some structural building elements, dimensions and tolerances from the bid set of documents could not be integrated.

These issues, coupled with the blast requirements, required very heavy framing members and stud spacing of 8 inches on center. This framing was challenging not only for the framers but the drywall hangers that followed.

Judge’s comment: “The attention to framing details of this project is revealed by the in-progress photographs showing the complexities of light-gauge metal framing, which is often hidden by the installation of exterior claddings and interior finishes.”