In an era of tight budgets, intense competition and high costs, health care facilities across the country are understandably challenged by the time-old directive to do more with less. Where, exactly, should hospitals and clinics be looking for efficiency?

The usual suspects — doctors, nurses, hospital staff, medicine and equipment — draw most of the attention, but nearly every health care facility has an often-overlooked area for improvement: building systems. Hospitals and clinics too often neglect the opportunity to surround their skilled medical staff with facilities that match their excellence.

In particular, combined heat and power (CHP) systems allow health care facilities to generate their own power on site that is drastically more reliable, cost efficient and energy efficient — all while lightening their carbon footprint.

So, what exactly are CHP systems, and why do they present such a promising opportunity for health care facilities?

The ABCs of CHP 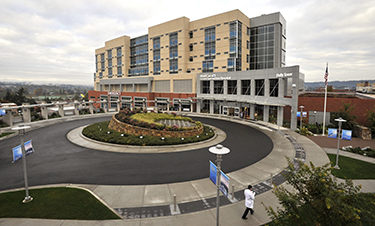 As the U.S. Department of Energy explains, CHP is “the concurrent production of electricity and useful thermal energy (heating and/or cooling) from a single source of energy.”

With CHP, thermal and electrical power are both generated at the point of consumption, as opposed to relying on a far-away power plant.

In Washington, our traditional grid electricity almost entirely comes from dams or gas-fired power plants and — as noted by the U.S. Environmental Protection Agency (EPA) — roughly two-thirds of that power is lost (and thus wasted) between the dam/power plant and the end consumer. In addition, power plants largely waste all the excess heat they produce. With a CHP system’s on-site generation, that distribution loss is eliminated and the excess heat is no longer wasted — it’s captured and used for heating and/or cooling.

Taking all those factors into account, the EPA observes that CHP systems can achieve energy efficiencies of more than 80%, compared with 50% for a traditional system (i.e., grid electricity and a boiler). As such, it’s no surprise that more than 200 hospitals in over 30 states now use CHP systems.

In addition to the energy-efficiency benefits, CHP systems have added value for critical facilities like hospitals. Losing grid power for a little while is an inconvenience for most residences and buildings, but it can be a disaster for health care facilities.

Hospitals are legally required to maintain off-grid emergency generators for this exact reason, but generators only provide electricity, rely on a finite/stored fuel supply, are often only sized for life-safety and critical functions, and are normally off — which can lead to unreliability even if they are tested regularly.

In contrast, CHP systems are also off-grid, provide both electricity and thermal energy, are always on (and are thus more reliable), and run on fuel that isn’t finite (thus are usually unaffected by disasters).

For a real-life example of the power and resiliency of CHP systems during a natural disaster, look no further than New York City’s Montefiore Medical Center. In this case study, the EPA details how Montefiore remained fully operational during two catastrophic grid outages thanks to its CHP system, “allowing it to accommodate patients who were evacuated from nearby hospitals due to a loss of electricity at those facilities.”

It’s not just the EPA that’s recognizing the powerful potential of CHP systems, either. Puget Sound Energy (PSE), a major provider in our region, offers significant incentives specifically for implementation of CHP systems, as do many other utilities.

As PSE notes, CHP systems are “a great opportunity to save money and increase your system reliability.” The utility also adds that CHP systems make sense for “businesses that have high annual hours and a continuous thermal load … examples include hotels, hospitals, nursing homes, pools, and health facilities.”

At the national level, a 2016 U.S. Department of Energy (DOE) report singled out hospitals and health care facilities as “good fits” for CHP systems due to their coincident power and consistent thermal loads. The report estimates that U.S. health care facilities alone represent nearly 10 gigawatts of technical potential for CHP systems, with only a small fraction of that potential being taken up by existing CHP capacity.

MultiCare Good Samaritan Hospital in Puyallup has often been at the vanguard of sustainability. It’s why they pushed to be the first inpatient hospital facility in Washington state to receive LEED Gold certification in 2012, and it’s the reason why the MultiCare team didn’t stop there.

At McKinstry, our mission is to make every building we touch more efficient, and we’ve been working towards that goal since we first partnered with MultiCare in 2013. Since then, we’ve developed more than 30 projects with MultiCare across the Puget Sound region.

At Good Samaritan, McKinstry partnered with MultiCare on a new 2-megawatt CHP system, which came online in late 2019 and was fully implemented in early 2020. The system will cut combined energy and maintenance costs by 25%, while reducing greenhouse gas emissions by 17%, compared with connecting to the standard power grid.

To maximize efficiency, the excess heat generated by Good Samaritan’s CHP system is also captured and used to create steam to heat water for space heating, humidification, sterilization and domestic hot water used by patients, staff and families throughout the hospital.

“Sustainability efforts like this new CHP system at Good Samaritan are essential to MultiCare delivering on our mission of partnering for healing and a healthy future,” said Tammy Buyok, MultiCare’s vice president of facilities management and operation support. “Sustainability also means delivering on our values: To deliver community benefit and reduce risk. Saving energy not only reduces costs, it reduces our impact on the communities we serve and ensures we can provide for a robust future.”

At Good Samaritan and nationwide, CHP systems are a powerful tool for health care facilities to achieve much-needed cost reduction, energy efficiency and reliability — all of which improve the patient experience and help ensure a healthy future.

Ron Fues is a project director and Nick Edney is a senior electrical engineer at McKinstry.