Why green building has hit the wall, and what to do about it

Green building activity has peaked in the U.S. at about 4,500-5,000 projects per year, as measured by newly registered LEED, Green Globes and Living Building Challenge projects.

That represents less than 0.1 percent of the total U.S. commercial building stock of 5 million buildings. If one assumes that the U.S. adds about 1 percent to the building stock (by number) each year, it’s clear that we are falling behind in our efforts to green the U.S. building stock.

Looked at another way, despite all of its manifest success, LEED has certified fewer than 0.5 percent of the U.S. commercial buildings in 15 years of hard work (about 25,000 buildings) and less than 3 percent of the 85 billion square feet of commercial buildings (measured by area). There is NO WAY that the current system of building certification can reach the U.S. Green Building Council’s (and the Green Building Initiative’s) stated objective of fundamentally transforming the built environment.

Is green worth it?

Having spent 15 years promoting the LEED system, until I took over as head of the Green Building Initiative a year ago and began to promote the Green Globes rating system, I have considerable experience with this subject. 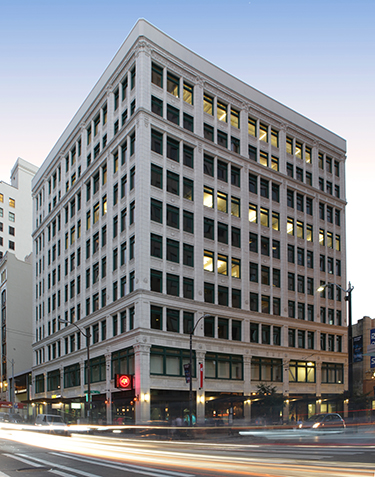 I would be the first to proclaim that LEED has made a tremendously valuable contribution in improving the quality of many building materials (think paints, carpets, interiors, etc.), in promoting energy efficiency in new commercial buildings, and in changing the conversation around what constitutes a sustainable building. But I would also say that the Green Building Revolution, the title of my 2007 book, has hit the wall!

Add to this concern the pressing question: How do we “scale” the impact of green building in light of growing concerns about climate change, water scarcity and building resiliency (or risk profile, if you like)?

The more pressing question is: WHY hasn’t the current system had more marketplace success?

Here is where LEED is most successful, by the numbers: in larger commercial offices in mostly the downtown areas of large cities; in corporate real estate; in “policy driven” markets (for example, the state of Washington requires all state-funded buildings to achieve LEED silver certification); and in “high-profile” projects of various kinds (think the Bullitt Center in Seattle, professional sports stadiums, etc.)

What’s been left out? Most small offices (80 percent of commercial buildings in the U.S. are less than 100,000 square feet in area; 50 percent are less than 50,000 square feet); K-12 schools, most university buildings (other than policy-driven projects such as at the University of Washington); and almost all retail stores, health care facilities and the like. Collectively, these represent most of the U.S. commercial building stock.

One has to ask WHY? My answer is simple: Perceived benefits do not measure up to actual costs.

My own experience as a LEED consultant, as a speaker on green building for the past 10 years and as the author of 13 books in the field, confirms how difficult it is to sell green building certification to the person who “signs the front of the check.”

Perceived benefits are slight: In most cases, the benefits include savings in energy efficiency that would be achieved in most cases without a green building certification, claims for improved employee health and productivity backed by weak empirical evidence, and better PR and marketing benefits for developers, etc.

Costs are real: Just the required commissioning services in LEED can add $0.50-$1 per square foot to the cost of a building. Add in the consulting costs, which can easily run into six figures, and one begins to understand why for most owners and developers pursuing green building certification, unless mandated by policy or driven by government incentives, is something for which they are increasingly saying deciding, “no thanks.”

What can be done? In my view, three basic elements make up the solution:

• Cut costs: We already know that we can deliver a quality sustainability assessment for a green building via the Green Globes system at one-third the cost of LEED by having a different delivery model, using third-party-trained assessors in the case of Green Globes.

• Simplify the criteria: LEED started as a simple system. I trained more than 3,000 industry professionals in LEED from 2001-2008. Over the years, the system has grown increasingly complex, costly and cumbersome, with hundreds of addenda to criteria, thousands of credit interpretations and hundred of alternative credits, all of which must be mastered by an army of consultants and accredited professionals.

My solution: let’s go back to Sustainability 101: 60 percent of the points in LEED and Green Globes deal with just three issues: energy, water and waste. Why not create a green building rating system that just deals with these key performance indicators for sustainable construction and operations? Let’s walk before we try to run.

• Leverage technology to create benefit: Let’s put all of the key performance indicators on cloud-based data platforms so that designers, building owners and facility managers would see green building ratings as a valuable management and reporting tool, instead of a costly “add-on” to their normal mode of operations.

If you want a Green Globes certification, for example, you’ll have all the information available, and the assessment of your operations can be done in an afternoon, using any tablet, computer or smartphone.

Green building certification will grow market share only if it is understandable and cost-effective. What we don’t need to do is pursue “dead ends” in sustainability such as “zero waste” or “net-zero water” for an elite group of buildings, but instead bring “the other 99 percent” of buildings to the table and to improve their operations. The math is simple: saving 5 percent in 50 percent of buildings trumps saving 50 percent in 0.5 percent, by a factor of 10.

Green building for “the other 99 percent” is within our reach. Why not just do it?

Jerry Yudelson joined the Green Building Initiative as president in 2014.