In June, the U.S. Conference of Mayors adopted a resolution calling for incremental steps in building energy efficiency towards net-zero energy.

The growth of net-zero energy buildings is not just in policy, either. New Buildings Institute has tracked buildings that are targeting or achieved this benchmark — from a mere handful in the year 2000 to nearly 500 projects across the U.S. and Canada this year.

It’s clear that net-zero energy buildings, an idea born of experimental and remote cabins, have arrived for good reason: Net-zero energy is effective, economic and a compelling societal goal. 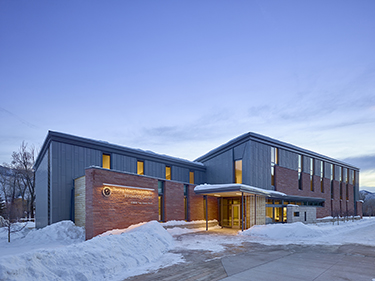 A net-zero energy building, at its simplest, generates as much renewably sourced energy as it uses over the course of a year, typically from on-site or rooftop photovoltaics (PVs) used to balance an extremely efficient energy demand. Given that buildings consume nearly half the energy used in the U.S., and account for a proportional share of our carbon footprint, net-zero energy addresses the single policy action to put our economy on path to carbon neutrality.

Net-zero energy has additional benefits, in that it bridges the divide between design, construction and operation of buildings. It is not enough that architects and engineers plan for energy-efficient envelopes and mechanical systems; the building must be constructed well, with an attention to detail and a tight envelope that minimizes outside infiltration of air, and commissioned to ensure its systems operate as designed.

And, importantly, occupants must do their part. Not only to help manage the heating and cooling of the space, whether by mechanical or passive means, but to be cognizant in how they use energy for various tasks.

Most successful net-zero energy buildings in operation meet their energy targets by keeping occupants informed of energy use, and studies have found occupants to be much more responsible in energy usage with real-time feedback.

Perhaps the most exciting development in renewable energy is the general downward trend in PV costs, making net-zero energy much more cost effective. Costs for small-scale installed systems have declined by over 70 percent in the last 20 years, so that the old green building mantra of “energy efficiency first” is not always true.

With paybacks under 15 years, PVs are starting to not only rival some building efficiency strategies, but they pay for themselves within the lifespan of the panels and the building.

To be sure, there are conditions which can make net zero uneconomical, such as heavily shaded sites, tall buildings with limited roof area, and/or energy-intensive programs. But regulations can make exemptions or, even better, provide alternatives. 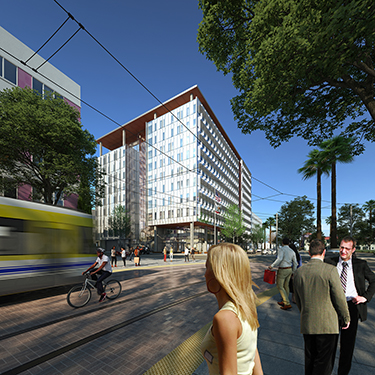 [enlarge]
This ZGF-designed office building in Sacramento will be one of the most energy efficient in the country.

The 11-story downtown Sacramento office building we are designing for the state of California is predicted to be in the top 1 percent of office building energy efficiency, but because of its small footprint and local height regulations, can only generate about 7 percent of its annual energy through rooftop solar. The remainder of the building’s renewable energy will be sourced from a dedicated array contracted through the local utility.

One of the most compelling aspects about net-zero energy is that the target is not only clear and understandable but motivating. An energy use of zero (or less than zero) is immediately understandable to the layperson, much more so than a building that achieves a percentage reduction against an energy code standard that is both complex and ever-changing. Zero energy is a target that people can get excited about and motivated toward.

Of course, net-zero energy only reflects one aspect of a building’s environmental impacts — operating energy — and does not address water use, land use, or even the enormous amount of energy it takes to construct the building itself. But continued conversations in the building industry about net-zero energy have broadened to the related topic of “embodied energy” (or carbon) and life-cycle analysis — the inputs and impacts associated with the development, maintenance and eventual deconstruction of the physical infrastructure of a building over its lifetime.

The net-zero ethic has informed the Living Building Challenge, a comprehensive building sustainability metric developed by Seattle-based International Living Future Institute that recognizes truly sustainable buildings that are not only net-zero energy, but also net-zero water, net-zero carbon and eliminate their toxic materials.

In aspiring towards net-zero buildings, it is important that we do not lose sight of the reasons we have buildings and communities: to provide a safe, comfortable environment to live, work and play. Net-zero buildings that sacrifice occupant comfort or productivity will be counter-productive to their widespread adoption.

The Rocky Mountain Institute’s Innovation Center, designed by ZGF, achieved net-zero energy in its first year of operation; but just as important as its exemplary energy usage is its success as a workplace. The building is rated in the top 1 percent for thermal and visual comfort in the Center for the Built Environment’s industry database for occupant satisfaction. Extensive daylighting and natural ventilation do not just reduce energy usage and contribute to net-zero energy, they make it a more comfortable — and productive — place to work; and contribute to the estimated four-year payback.

Ultimately, net zero, or zero impact, may not be enough. Net positive energy — generating more renewable energy than used annually — can allow one building to contribute something back to our society and environment, after centuries of environmental degradation.

Perhaps the biggest reason to focus on net positive is psychological: “zero” isn’t always seen as an inspiring goal in the West, particularly in America, where we tend to associate success with abundance, and efficiency with austerity.

It may be more inspiring for people to talk about “net positive” rather than “net zero” buildings — so that the goal is buildings that contribute more to the local, regional and global ecosystems than they take.

Someday soon our buildings and cities — and those of our children, and their children — will truly be sustainable.