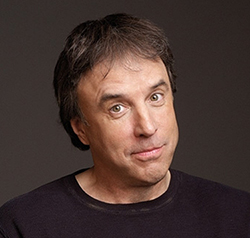 Nealon may be best known for his nine-year stint as a cast member of NBC’s “Saturday Night Live.”

SEATTLE — Actor and stand-up comedian Kevin Nealon will bring his humor and dry wit to Parlor Live Seattle tonight and tomorrow, with shows at 7:30 and 10 each night.

Nealon may be best known for his nine-year stint as a cast member of NBC's “Saturday Night Live,” and has received critical acclaim for his role in the Showtime series “Weeds.”

As one of the longest-running cast members on “SNL” (1986-1995), Nealon created characters such as “The Subliminal Man” and “Hans and Franz.” He was also an anchor on “Weekend Update.” In 1988, he earned an Emmy Award nomination as part of the “SNL” writing team.

He has appeared on “The League” on FX, “Drunk History” and “Comedy Bang! Bang!” as well as in films such as “Happy Gilmore,” “The Wedding Singer,” “Anger Management,” and “Joe Dirt.”

Tickets are $30 to $35. Visit Parlorlive.com for tickets.