After Hours: This Saturday is Olympia Brew Fest 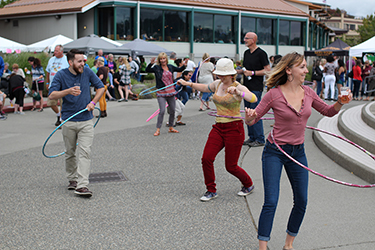 [enlarge]
Olympia Brew Fest celebrates the area’s brewery heritage, with beers from dozens of breweries in Washington and Oregon. And there’s a hula hoop contest.

OLYMPIA — The fifth annual Olympia Brew Fest is Saturday at the Port Plaza in Olympia from 1 to 8:30 p.m.

Tickets are $25 in advance or $30 at the door, and come with a souvenir mug and six tastings from more than 30 Northwest breweries. You can buy more taste cards at the event.

Designated drivers pay only $5 for admission, and get all the root beer and water they want.

There will be food vendors and live music all day.