After Hours: What's 'chautauqua?' Find out in June 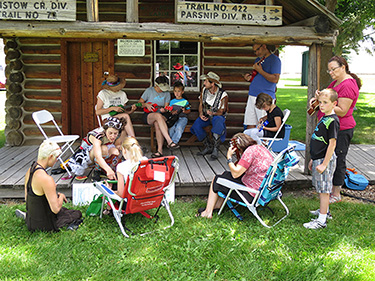 NOTC says traveling chautauquas were once the most popular form of summer entertainment in America, bringing theater, food and music to small communities. President Theodore Roosevelt called them “the most American thing in America.”

You can learn to juggle, play the ukulele or learn crafts, history and botany. Each chautauqua ends with a grand finale performance with bands, aerialists, comedians, jugglers and more.

Paul Magid, founding member of NOTC and The Flying Karamazov Brothers, said the goal is to promote community, creativity and cultural exchange. Learn more at https://tinyurl.com/yco5rb8c