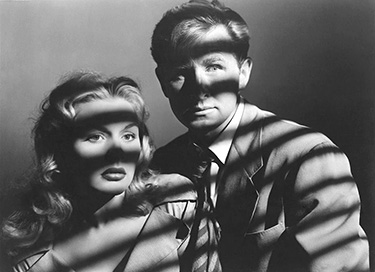 Lloyd Bridges stars in “Trapped” as a counterfeiter working undercover for the feds — or is he? Catch this twisted tale of double and triple crosses at Noir City film festival.

SEATTLE — SIFF says the 2019 Noir City film festival at the Egyptian theater will run from Feb. 15 through 21 — a full week of indulging in danger, desire and despair!

The 20 classic films in this year's show were made from 1949 to 1959, and many will be presented in glorious 35mm. Host Eddie Muller will also offer some tales of intrigue and sordid anecdotes from Hollywood.

The festival starts with “Trapped,” Richard Fleischer's hard-edged 1949 classic starring Lloyd Bridges, and Robert Siodmak's “The File on Thelma Jordon” from 1950, with a terrifically two-faced Barbara Stanwyck. There will be A-list classics such as Orson Welles' “Touch of Evil” from 1958, about a California border town where kidnapping, extortion and murder are business as usual, paired with B-list delights like “Killer's Kiss,” Stanley Kubrick's inventive tribute to Manhattan.

Passes and the full schedule for Noir City 2019 are at http://www.siff.net/noircity2019.