It's economic forecasting time again, and it looks like we're in for another merry season, with predictions that the Northwest economy will be firing on all cylinders through 2016.

So far this includes the already-speedy housing market, so let's see what the next month of prognostications brings. But as of now, even with interest rates starting to rise, the outlook is more of the same.

Expect prices for houses, townhomes and condos to keep rising steeply, driven by the high job growth at Amazon, Google, Facebook and others, and persisting “low inventory” of homes on the market to buy.

So far it looks like we'll start 2016 with even-lower inventory than we started with last year.

Something will give sooner or later. That's as sure as rain and taxes. Folks don't see it coming in 2016 and aren't ready to say what will do it. Seattle home prices have risen about 10 percent in each of the past two years, a rate that sooner or later becomes unsustainable. 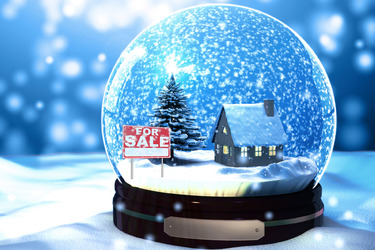 National housing forecaster Ken Harney recently published a map of the 50 states showing how much he predicts prices will rise in each state. Prices in Washington, led by the Seattle metro area, will rise another 7.2 percent in 2016, according to Harney.

Only California (10.8 percent), Florida (9.3 percent) and Arizona (8 percent) will appreciate more, in Harney's crystal ball. Nevada will hit 6.4 percent, and Oregon will rise 5.9 percent. The Midwest will range around 4.5 to 5 percent. The South will be a bit lower than that and the Northeast will be just over 5 percent.

Seattle economist Matthew Gardner, who is now Windermere Real Estate's economist, recently opened the forecasting season by saying: “The Seattle area continues to improve at a rate that is above the national average, but not at a speed which is any cause for concern. At least not for the present time.”

To localize this even more, neighborhoods closest to South Lake Union — and Amazon — will continue to experience the highest appreciation and tightest inventory as fresh hires move in. This means Queen Anne, Magnolia, Fremont (boosted by Google, too), Ballard, Capitol Hill, Madison Valley, Madison Park, Madrona and Leschi. Neighborhoods in the next ring out will take the spill-over.

This hardly represents good news to everyone. A robust economy certainly doesn't hurt (well, unless you get into the environmental impacts) but those who want to buy homes in 2016 will have to pay more for less and compete in those agonizing “multiple-offer” auctions.

This doesn't even cover the rental market, which is tight, barely affordable and predicted to stay tight next year, even with the completion of all those 6-story apartment projects that you see under construction all over town.

So “affordable housing” will again be one of the top local topics in 2016.

Here are some other predictions:

• The new high-rise condo buildings will do well but there won't be many of them as lenders, fearful of construction liability claims, hold back builders. Luma on First Hill, at 24 stories, is pre-selling well.

• Wood-construction condo complexes (up to 6 or 8 stories) won't start happening yet in any significant volume.

• “Creatives” will continue to drive Seattle's growth, and determine the look and feel of the hippest neighborhoods. These young high earners sit at computer screens by day and at night want an easy walk to find fun, fitness, food and friends. Expect to see even more yoga studios, bike facilities, chic restaurants, comfy bars, car-2-go cars and Amazon boxes piling up in apartment lobbies.

• The waterfront tunnel drilling machine Bertha will … the envelope please … make a torturous but successful crawl to the end of the tunnel.

• Online options for buying and selling residential real estate will continue to improve.

• Digital technology will keep advancing in the home, too.

• Mortgage interest rates, which typically move up with the Fed rate, will climb about 1 percent by this time next year. That means from about 4 percent to 5 percent. Generally we say that a 1 percent rise in rates cuts a buyer's purchasing power by 10 percent. If you could afford to pay up to $500,000 with a 20 percent-down loan at 4 percent interest, you can now afford about $450,000 at 5 percent interest. This equation stems from keeping your monthly mortgage payment the same. If the Fed raises its rate every two months, as projected with the recent first hike, then mortgage rates might rise 1.5 percent in 2016.

Here, meanwhile, is a look at “the numbers” (or at least some of them) for Seattle's recently adopted “linkage fee” to create more affordable housing:

First, 6,000 new units (surely almost every one of them rentals) over a 10-year span. Only time will tell whether the program hits that number (Crib Notes is doubtful), but that's the target we'll all be hearing about. And it's well short of the 20,000 affordable units that Mayor Ed Murray set last year as his target, along with another 30,000 market-rate units.

News outlets reported in November that the City Council approved the linkage fee, but they tended to shy away from the complex numbers.

The linkage fee is projected to generate $195 million over 10 years. The program calls for builders to pay the city a fee in return for higher zoning, with the fee going to create low- and moderate-income housing. The fee will range from $8 to $17.50 per square foot to build downtown and in South Lake Union. It will cost $5 per square foot in lower-cost areas like Rainier Valley and North Seattle.

The program won't take effect until the city establishes the zoning changes gained by paying the fee. The city says it will start mapping that out for downtown and South Lake Union early next year, and have it in place citywide by the end of 2017.

“Funding the production of low- and moderate-income housing” means providing money via low-interest loans and grants to (usually) nonprofit builders of affordable housing.

The linkage fee is a centerpiece of some 65 proposals issued earlier this year by the 28-citizen Housing Affordability and Livability Advisory Committee (HALA) convened by Murray. A City Council committee says next it will look at policies to meet another HALA objective: build more backyard cottages, called “detached accessory dwelling units” or DADU's.

And last but not least

Here's someone else to blame for the “low inventory” of homes for sale here and nationwide: “Boomers” who aren't downsizing from their big homes at the traditional pace of seniors in previous generations.