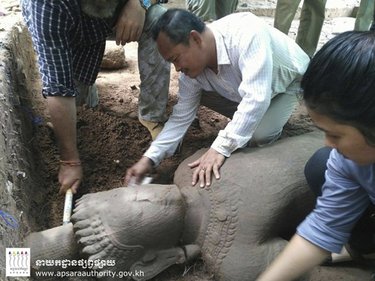 The agency said the statue, believed to be from the 12th or 13 century, is thought to have been a symbolic guardian of the entrance of the hospital.

PHNOM PENH, Cambodia (AP) — Archaeologists at Cambodia's Angkor Wat temple complex studying the site of a hospital from eight to nine centuries ago say they have found a large statue in their excavations.