At the Movies: In ‘Blinded by the Light,' growing up with the Boss 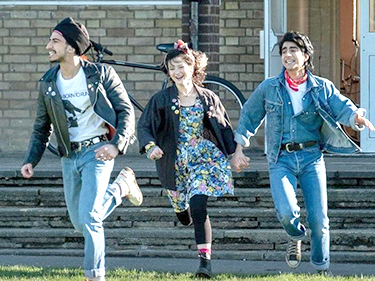 Gurinder Chadha's “Blinded by the Light” isn't about the Boss' life or how he recorded his hits. It's about hearing him — and not in Asbury Park but far away in the British industrial town of Luton, where the British-Pakistani 16-year-old Javed (newcomer Viveik Kalra) finds in Springsteen's working-class anthems the sound of his soul.

After starring roles for Freddie Mercury (”Bohemian Rhapsody”), Elton John (”Rocketman”) and the Beatles (”Yesterday”), it's Bruce Springsteen's turn to join the mixtape that the movies have lately become.